Our mission and history

GRI envisions a sustainable future enabled by transparency and open dialogue about impacts. This is a future in which reporting on impacts is common practice by all organizations around the world. As provider of world’s most widely used sustainability disclosure standards, we are a catalyst for that change.

Our why, how and what 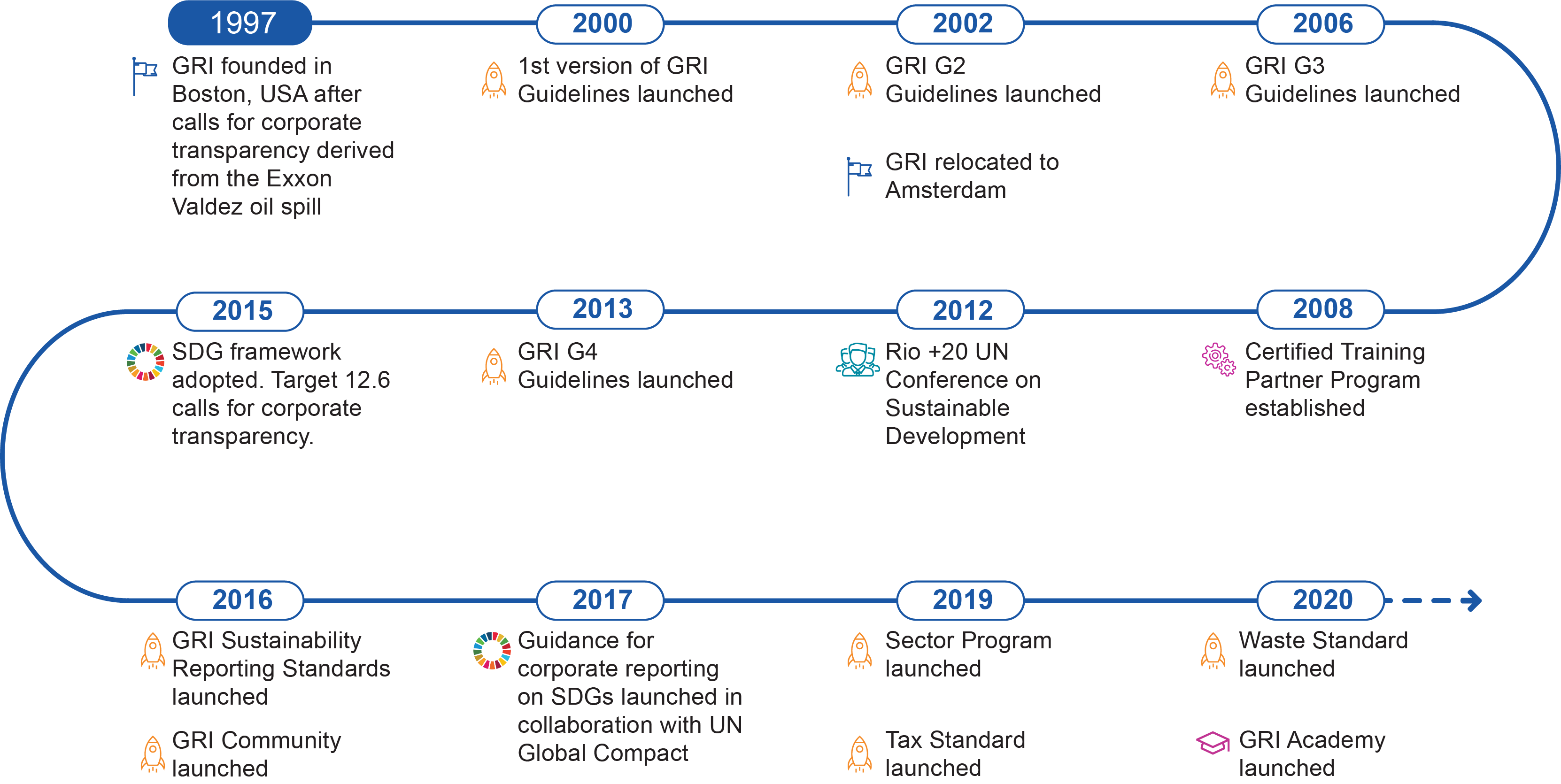 GRI was founded in Boston in 1997 following public outcry over the environmental damage of the Exxon Valdez oil spill. Our roots lie in the non-profit organizations CERES and the Tellus Institute (with involvement of the UN Environment Programme). The aim was to create the first accountability mechanism to ensure companies adhere to responsible environmental conduct principles, which was then broadened to include social, economic and governance issues.

The first version of what was then the GRI Guidelines (G1) published in 2000 – providing the first global framework for sustainability reporting. The following year, GRI was established as an independent, non-profit institution. In 2002, GRI relocated to Amsterdam, The Netherlands, and the first update to the guidelines (G2) launched. As demand for GRI reporting and uptake from organizations steadily grew, the guidelines were expanded and improved, leading to G3 (2006) and G4 (2013).

In 2016, GRI transitioned from providing guidelines to setting the first global standards for sustainability reporting – the GRI Standards. The Standards continue to be updated and added to, including new Topic Standards on Tax (2019) and Waste (2020).